Featuring unidentified photos from our collection.

Photograph of Unknown Cassity Kin, Cassity Family Photos; privately held R. A. Cathcart, Highland Mills, New York, 2012. This series of 4, 3×3.25 photographs has no writing on the reverse to identify the individuals or timeframe. This collection of photographs from the estate of Alice Lucille (Flowers) Cassity (1911-1993) was passed from M. (Dixon) Flowers (1921- ) from whom the current owner received them.

Last week’s post regarding our Bradley-Covington crossover point came down to one specific element – A Cousin Connection.  In case you missed it you can read that entry here:

“The Link That Locks The Lines”

I’m in New York, the folks in this tree are almost entirely Deep South. I get home so seldom I am loath to give up any of my visiting time to research. Which means most of this work is done on the internet. Texas is pretty good for records online, Louisiana is fair and Mississippi is downright awful. I rely heavily on those kind souls who are seeking their place in our shared heritage to tell me their stories. Sherry Rhodes was not the only cousin to reach out to me through this site in April.

Kim Parker, who also decends from the Tolbert Bradley line, was kind enough to share information regarding her little piece of our tree. You wont notice the additional information much as the folks she updated me on are living. But to me, her information was invaluable. Names, dates, places, parent-child relationships…all things I might not have discovered for years on my own.

My most sincere thanks to those who contribute. Without you, this site wouldn’t exist.

The Link That Locks The Lines 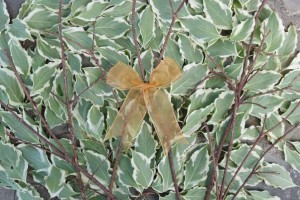 It is beyond cliché that we southerners are all related. My English teacher was a cousin. A couple of my best friends and a boyfriend were cousins. Heck, if you dig in the roots deep enough I think even my stepdaddy and I are cousins. That’s just what you get when you hail from a small, rural area.

A cousin here, a cousin there…but where do my two lines cross?

Clarence Covington (1891-1929) was said to have married Clara A Bradley (1894-1981). My original source for Clara’s maiden name was family interviews. While researching the Bradley lines, an Altha C Bradley was never attached to a marriage of her own. Clara A vs. Altha C – I’d always suspected they were one in the same but as this was early in my research I let myself get distracted by some other shiny new thing and poor Clara/Altha languished unresolved.

Sherry is a Covington descendant. She found us here at Lore and was kind enough to reach out via our email contact. We shared pictures and stories and questions galore. I hope I was helpful to her. I know she was helpful to me. Quoting from her mother via our email exchange dated April 27:

“…Clara A. Bradley had a sister named “Neva” Bradley.  My Mother says that “Tall” Bradley was Clara and Neva Bradleys’ Father.  Mother also told me that Clara and Neva had a brother named “Teen”…”

What’s that you say, dear cousin? “Of course, everybody knows that…”  To which I would reply: Feel free to share anytime, I’d love to hear from you, but I didn’t know.

So now it’s time to chase the paper.

Knowing and showing are two different things. I have very little beyond census records for either lady which lacks the detail we need.  I don’t know when or where Clarence and Clara were married making it difficult to justify ordering microfilms. However we are not without options. The wonderful folks at the Franklin Parish GenWeb have plenty of obituaries transcribed. My first order of business will be to begin searching for obituaries on all of Tolbert Bradley’s family. Mentions of Clara Covington or Mrs. Clarence Covington should give me the indirect evidence I need to pin this down.

In the meantime, just for fun I put together how our tree would look if I can prove Clara and Altha to be one in the same. I’m at the very bottom. Covingtons are in pink, Bradleys in blue: 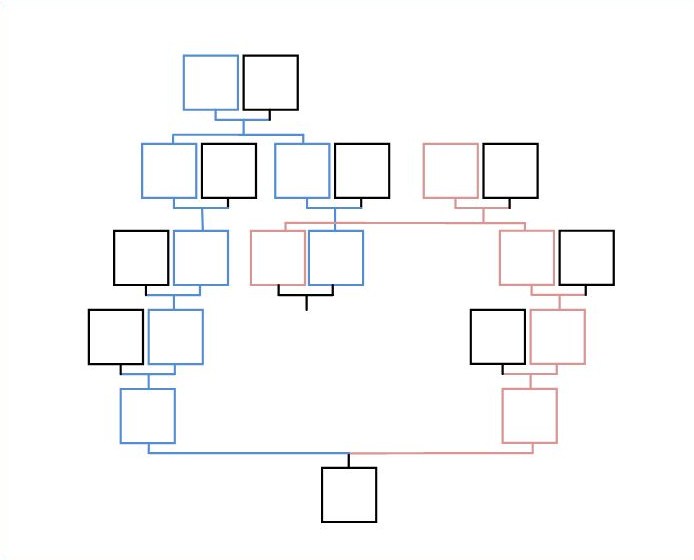 Featuring unidentified photos in our collections 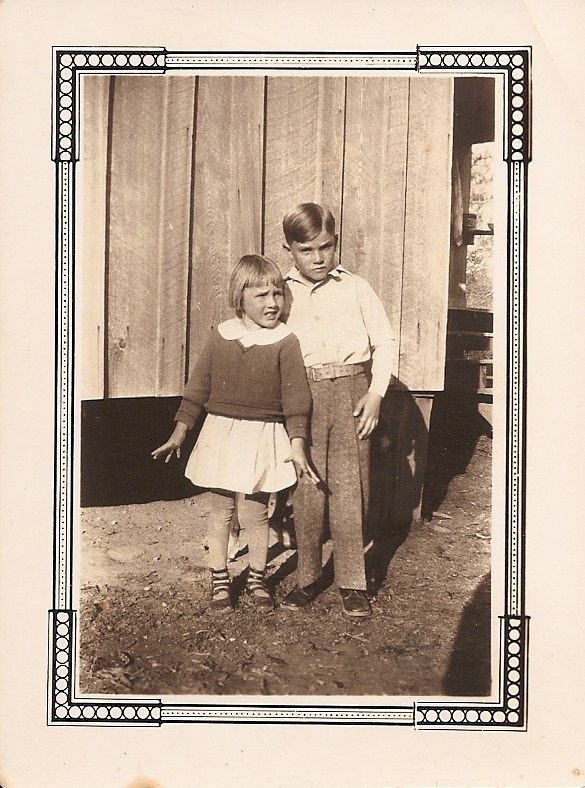 Photograph of Unknown Shivers Kin, Shivers Family Photos; privately held R. A. Cathcart, Highland Mills, New York, 2011. This 3×4 photograph has no writing on the reverse to identify the individuals or timeframe. This collection of photographs from the estate of Ella May (Shivers) Williams (1903-1999) was passed from B. J. (Williams) Crowley (1931- ) to B. A. (Jeager) Norleen (1954- ) from whom the current owner received them.